This is an article from the Farr Law Firm (https://www.farrlawfirm.com/) in Fairfax, Virginia, that we thought others may find helpful.

Mary’s husband passed away after 55 years of marriage. She was diagnosed with early stage dementia, and lived alone for a while. She was depressed and didn’t make much contact with others. Her daughter convinced her to move to an assisted living community before her disease progresses, so she would have others to talk to and activities to attend. After much convincing, she decided to do so. 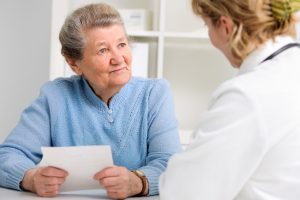 When Mary first moved to the assisted living community, she was uncomfortable and kept to herself, as she had done at home. She would cry and call out during the night. She missed her husband and her home.

It turns out Mary’s assisted living was one of a dozen around the country to participate in a SAIDO Therapy trial, and Mary was among the participants. Mary’s daughter is convinced that SAIDO has changed her mother’s life for the better. Mary is playing bingo on her own and is less depressed and anxious, and she is no longer crying and calling out. Mary is more social and she’s learning to manage her emotions better.

In another example, Doris has moderate dementia. She used to spend most of her time in bed, and didn’t say much to others. She was completely unaware of time and didn’t go to dinner, because she would forget where the dining room was. After SAIDO therapy, Doris is spending less time in bed during the day, is more talkative and animated, and is coming to dinner on her own. She is more engaged in her own life, and demonstrates that she is aware of time again, and remembers where the dining room is located.

SAIDO Learning is a non-pharmacologic cognitive rehabilitation therapy developed by the Kumon Institute of Education in Japan. Through the method, a caregiver engages residents in a series of simple arithmetic, writing and reading exercises five days a week for 30 minutes each day. By stimulating the prefrontal cortex of the brain, the therapy seeks to improve cognitive function. SAIDO Learning already has been practiced for more than a decade in more than 1,400 nursing facilities in Japan, where it has shown positive results. SAIDO therapy is currently being tested at five U.S. communities, and the Cleveland-based SAIDO Learning Institute is working with partner organizations to offer the therapy at other locations. According to the SAIDO website, “(t)he goal of SAIDO is not to simply provide care for individuals with dementia, but to actually reverse or reduce the progress of the disease’s symptoms.” The website discusses how SAIDO is also used to alleviate loneliness and isolation, and states that “(f)amily education and support fosters additional opportunities in the home to sustain positive improvements and independence achieved using SAIDO.”

Other Therapies for Dementia Patients

At this time, not all facilities offer SAIDO therapy, but there are other therapies that have been proven to help those with dementia, as follows:

Stimulation-oriented treatments include art, music and pet therapies, exercise, and any other kind of recreational activities for patients. These treatments impact dementia patients positively by:

Cognitive Therapy is a program of themed activities, usually carried out over several weeks in small groups, led by a trained nurse, an occupational therapist, or a caregiver. Each session covers a different topic and is designed to improve the mental abilities and memory of someone with dementia. Evidence so far suggests that Cognitive Stimulation Therapy could be just as beneficial as drug treatments for the symptoms of dementia.

Reminiscence therapy helps patients recall events that happened long ago, even when short term memory is failing. It can also help to boost a patient’s mood and stimulate conversation. Anecdotal evidence suggests that stimulating long-term memory can also improve short-term memory and increase the self-worth and engagement of someone with dementia.