This is an article written by Cheryl Winokur Munk of The Wall Street Journal (www.wsj.com), that we thought others may find helpful.

Parents who want access to information on an adult child’s health, finances or college grades need the child’s permission in writing.

A lot of things change when a child turns 18. But one of the biggest is also one of the most surprising to a lot of parents: Once children turn 18, parents can no longer make legal decisions for them or receive information about them that is considered private, unless they have the children’s permission. And not having that permission can be particularly problematic when a child is away at college. 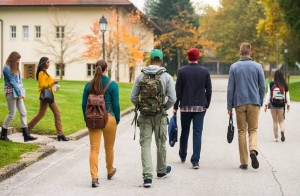 For instance, parents can’t be notified of a student’s grades at college or enrollment status without written permission from the student. Parents also won’t necessarily know about any bills in the student’s name that are outstanding. Most disturbing, without express consent from the child, parents can’t get details of their child’s medical condition “and they no longer have the [legal] ability to make decisions” regarding the child’s health-care treatment, says Therese R. Nicklas, a certified financial planner and president of Wealth Coach for Women Inc. in Rockland, Mass.

Some colleges do a better job than others in advising parents and students on these matters. But families can take the initiative by having certain documents in place. Here are the primary ones a family needs:

Most people think of using a health-care power of attorney with an older parent, but it’s equally important for their college-age adult children. Also known as a health-care proxy, this document gives parents the ability to make decisions about their child’s health care. Typically, that power doesn’t kick in unless the child physically or mentally is incapable of making medical decisions, but each state has its own criteria.

If a student goes to school out of state, it’s prudent to have a health-care power of attorney from both states, since some health-care professionals may be hesitant to accept an authorization form they don’t recognize, says Victor Medina, an estate-planning and elder-law attorney with Medina Law Group in Pennington, N.J.

Joe Orsolini, president of College Aid Planners in Glen Ellyn, Ill., recalls a family he worked with who dropped off their 18-year-old daughter at college for her freshman year and didn’t hear from her for days. She didn’t return their phone calls or emails. The school suggested the parents call the local hospital, but the information they received over the phone was severely limited by privacy rules. They drove frantically to the hospital and discovered that their daughter had been bitten by a spider and had been in a coma for three days.

The daughter eventually recovered, but it was eye-opening for Mr. Orsolini, who now routinely counsels clients about how the financial, academic and legal rights of their children change once they turn 18. “To a parent, a kid is always their kid,” he says, “so it is not immediately apparent to them how the rest of the world looks at that relationship.”

Having a power of attorney for health care is especially important because college is a time when mental-health issues can manifest, says Kim Lee Kenawell-Hoffecker, a founding partner of Avantra Family Wealth in Mechanicsburg, Pa. She also recommends that clients draft a living will for the child, which specifies what medical treatments are desired at the end of life.

HIPAA authorization allows doctors to speak about a student’s medical condition with whomever the student chooses.

Some children may be hesitant about sharing private medical information with their parents, but students can set limits on how much or what type of information parents can receive, says Carolyn Reinach Wolf, executive partner at Abrams, Fensterman, Fensterman, Eisman, Formato, Ferrara, Wolf & Carone LLP and director of the firm’s mental-health law practice. For example, a student with diabetes might be willing to disclose that she has her blood sugar checked regularly, but she might not want her parents to know the actual levels. There’s a section in the authorization form for special instructions, where students can describe the level of detail they want shared, Ms. Wolf says.

Mr. Medina recommends that students fill out a blanket HIPAA authorization, giving parents full access to the student’s health information in any circumstances, which is especially valuable in situations that can’t be anticipated. “This authorization should be kept in a handy place, because you’ll need to show it to a local doctor, hospital or college if you need to access that private information,” he says.

Jodi Rosenshein Atkin, a college-admissions consultant in Rochester, N.Y., had an experience that taught her the importance of a HIPAA authorization and the value of a blanket authorization. Soon after her twin daughters left for an out-of-state college, one of the girls became very sick and was hospitalized. It was extremely difficult for Ms. Atkin, who lived about four hours away, to assess the situation from afar, in part because the daughter was in and out of consciousness. She contacted the daughter’s physician, who had a HIPAA authorization on file that allowed him to share the daughter’s health information with her parents. As a result, the doctor was able to get information on the mother’s behalf. Having a blanket authorization, allowing any doctor or medical facility to fill her in on her daughter’s condition, would have made the process much smoother, Ms. Atkin says.

Even with a blanket authorization, students might still need to sign a release that’s specific to their college student health center, Ms. Wolf says. Different colleges have different policies, procedures and releases based on the confidentially laws in their state, she says.

This document is a way to allow parents to manage their child’s finances. Depending upon how it is worded, it can become effective immediately, or at a future point. It can authorize parents to act on the child’s behalf in all financial matters, or it can set limits.

Financial power of attorney can be useful in many situations—for instance, if a student has a car accident or falls ill, leaving him or her either temporarily or permanently unable to make financial decisions. If bank accounts, a car or other assets are titled in the name of the student, the power of attorney avoids the expensive and drawn-out court process of having a parent appointed a guardian for the student, says William Crouch Jr., a former president of Georgetown College in Kentucky, now chief executive at Crouch & Associates, a consultancy for nonprofit-fundraising professionals. Power of attorney also could be useful if the student plans to travel abroad, or if he or she has a bank account and is overdrawn—maybe due to fraud—but the student isn’t acting responsibly and addressing the issues promptly, he says.

Financial power of attorney can be useful in certain circumstances after children leave school, as well. Adult children are responsible for paying their student loans, even if the child is incapacitated in an accident or has a mental-health issue. Power of attorney would allow parents to act on their child’s behalf to make the payments or facilitate a deferral or forbearance of the loan, says Mr. Orsolini. A power of attorney remains in effect unless it is revoked or changed.

The Family Educational Rights and Privacy Act, or FERPA, requires that students age 18 or older provide written consent before education records such as grades, transcripts and disciplinary records can be shared with their parents, with limited exceptions. Colleges commonly notify parents of this requirement. Even so, parents don’t always understand what’s at stake or they might forget, says Todd Gambill, vice chancellor for student affairs and enrollment management at Indiana University Kokomo. His university talks to students and parents about the educational-records authorization process at orientations for new students, but not everyone signs a release, he says.

“A lot of times parents are just so swamped with information that they don’t pick up on it,” says Mr. Orsolini.

That can cause problems down the road. Ms. Nicklas, the financial adviser, says she had a client whose child ignored a notification that financial-aid documents weren’t complete. When the parents received the tuition bill for the coming semester, they were shocked to see the scholarship missing, Ms. Nicklas says.

When they called the school for an explanation, they were told to contact their child, because the school couldn’t provide information to the parent. Ultimately, the situation was resolved and the scholarship reinstated. But if there had been a letter of authorization on file, the family would have received the notice and avoided a lot of grief and anxiety, Ms. Nicklas says.

Ms. Winokur Munk is a writer in West Orange, N.J. She can be reached at reports@wsj.com.