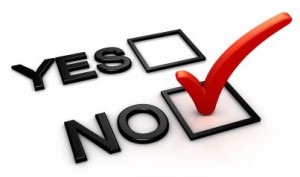 Q. Long-term care is a subject we’ve been avoiding for years, but as we are getting older and less able to do things for ourselves due to physical ailments, my wife and I finally sat down to talk about it. At first, long-term care insurance policies that help pay the costs of extended nursing care (if the time should come that we need it) made perfect sense to us. Nursing homes, assisted-living centers, and home care are all expensive, and there is no telling now if and for how long we would need the services. Buying a long-term-care insurance policy seemed like a way of making sure our future physical needs would be met, and that our savings would be intact in the event of burdensome care costs that could stretch on for years.

Then, we did a little more research and talked to friends and family, and found that long-term care insurance is expensive and risky. We even read about a recent class action lawsuit, where coverage was being denied and rates were being raised by more than 30%. In your experience, is long-term care insurance a good planning strategy or should we look at other options?

If you are considering long-term care insurance, you should look at the pros and cons, and weigh your options. The following are some important facts you should take into consideration before purchasing a long-term care policy:

Yet Another Reason to Reconsider Long-Term Care Insurance: A Class Action Lawsuit

In the class-action lawsuit you referenced in your question, Gardner v. Continental Casualty Company (CNA), the insurer was being sued for acting in bad faith by changing its policy interpretation regarding coverage for assisted-living facilities without alerting policyholders.

The suit alleged the insurer acted illegally when it denied the claims of seniors who were insured by them, using “a scheme of fraud, deception and manipulation of policy terms” all while pursuing massive premium increases.

According to the complaint, Marie L. Gardner, 91, paid premiums on her long-term-care policy for 15 years before breaking her hip in 2008 and moving to an assisted-living facility.  She received benefits until February 2011 when CNA determined that her condition had improved.  After she fell down a flight of stairs at the facility a year later and fractured her sacrum, CNA denied her claim for benefits.

And, Gardner was not the only one. A class action suit of at least 20,000 CNA policyholders nationwide was brought to court, on behalf of the policyholders who claimed they were unfairly denied coverage. The lawsuit asked for class certification and an injunction to prevent the insurer from excluding claims for stays in Connecticut assisted living facilities, and the court ruled in favor of the plaintiffs. For the full text of this decision, go to: https://ecf.ctd.uscourts.gov/cgi-bin/show_public_doc?2013cv1918-168